Invigilo-2™ is a turn-key solution for multi-channel wide-field optical imaging in the brain of awake mice. Invigilo-2™ facilitates simultaneous imaging and behavioral observation via integration of optical components with locomotion tracking and automated stimuli delivery under a master-software.

Is Invigilo-2™ good for you?

In vigilo (Lat.) stands for “in awake organism”, and Invigilo-2™ is the only wide-field imaging system designed for experiments in awake, head-fixed but otherwise freely moving mice. This is possible thanks to combining a wide-field imaging system with a proprietary head fixation mechanism and a flat-floored cage suspended on air. The air gently lifts the cage, allowing the mouse to move it without strain. This creates an illusion of two-dimensional locomotion. The cage is flat and has walls just like a normal home cage so that the mouse habituates faster and experiences less stress as compared to other head-fixation conditions. At the same time, firm head fixation ensures imaging stability.

To enhance behavioral research in the Invigilo-2™, we have added locomotion tracking capabilities. The software tracks locomotion at high speed (80-100 fps) and with high resolution (1 mm). Tracking works both in dark and in light conditions. What is more, locomotion tracking facilitates other behavioral tests (open field, object recognition, social interactions, maze navigation) as well as stimuli delivery – from liquid reward to visual stimulation.

With the recent advancement of fluorescent probes and craniotomy preparations (“crystal skull” in Kim et al, 2016 and “transparent polymer skull” in Ghanbari et al., 2019), wide-field imaging now allows recordings on a single-cell level for both morphological and functional imaging. And with Invigilo-2™ it is possible to image both simultaneously, for example, combine imaging of GCaMP6 dynamics with a red-fluorescence channel (e.g., a morphological marker expressed by genetically targeted neurons).

Our precisely calibrated software controls all hardware settings and synchronizes all optoelectronic components of Invigilo-2™ including the high-end sCMOS camera, four LED light sources, xyz-positioning motors, and the locomotion tracking system (via TTL). And all of these through a single graphical user interface! It means no more hassle of trying to coordinate different components from various vendors or laborious customization of software interaction. Invigilo-2™ software has everything ready. 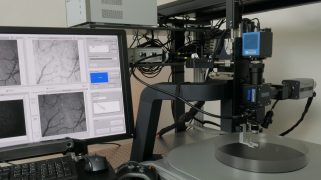 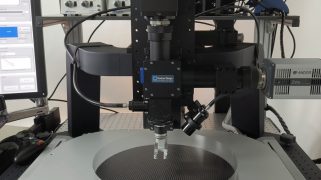 Be the first one to learn about service and product updates.

Subscribe Now
We use cookies to ensure that we give you the best experience on our website. If you continue to use this site we will assume that you are happy with it.Ok