Tau tangles, a.k.a. neurofibrillary tangles (NFTs), are a translational biomarker of Alzheimer’s disease and Parkinson disease (AD/PD), as well as other “tauopathies” such as Chronic traumatic encephalopathy (CTE).

These intracellular structures are very small (typically <10 micrometers) but can be visualized and quantitatively measured with in vivo two-photon microscopy.

To visualize NFTs in the brain of living mice,  systemic administration of fluorescent tracers such as Methoxy-X04 are often used. 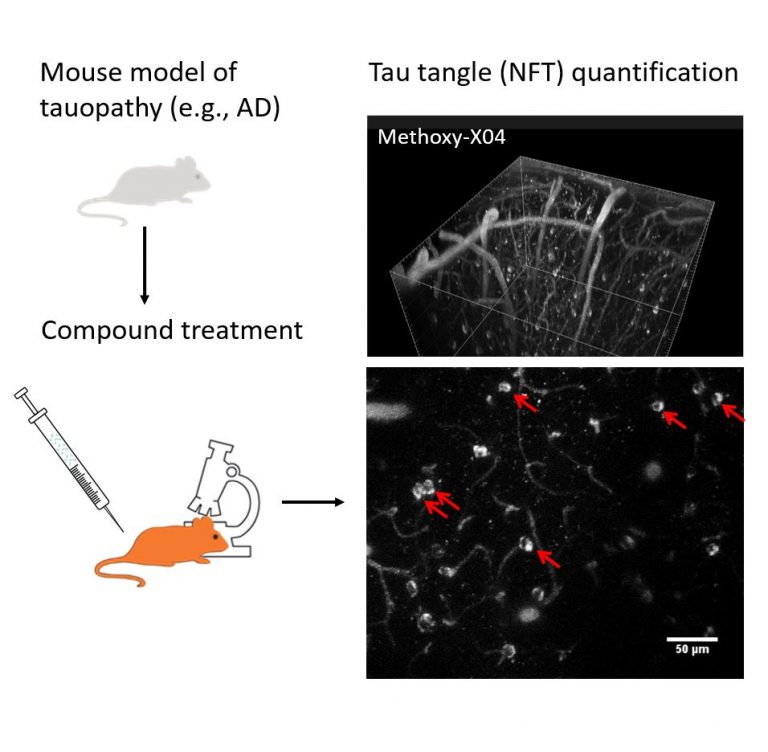 Neurotar’s in vivo two-photon microscopy assays allow tracing longitudinally the appearance of new Tau tangles, quantifying their grows as disease progresses and measuring disappearance of existing NFTs upon treatment with drug candidates (both small molecules and biologics such as anti-Tau antibodies). Individual tangles are traced and measured repeatedly over repeated imaging sessions, thus boosting the statistical power as each tangle is used as its own pre-treatment control.